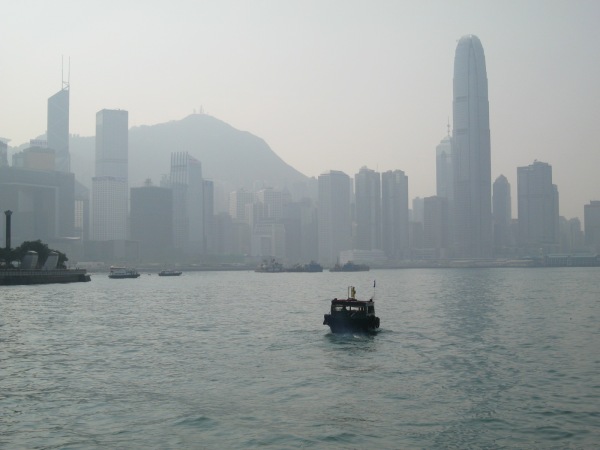 In the United States, the past five days have been all about the Fourth of July holiday—an extra-long weekend this year that led many people (including me) to step away from the news for at least part of the time. But in Hong Kong, journalists were putting in overtime to cover the July 1 events marking twenty years since 1997’s handover, when control of Hong Kong shifted from Great Britain to the People’s Republic of China. It was a fraught anniversary. Despite Beijing’s attempts at celebratory glitz, including President Xi Jinping’s first visit to Hong Kong since he took office in 2012, local opposition to Chinese rule in Hong Kong has been on the rise in recent years, and many activists marked the occasion not with laudatory cheers but with chants of protest.

There was a tremendous amount of coverage in the weeks preceding and days following the anniversary. The list below is by no means exhaustive, but I’ve assembled it to impose some amount of organization on all the things I’ve read, watched, and listened to in the past month. I’ve mostly left out the tick-tock coverage of Xi Jinping’s visit, the anniversary celebrations, and the protests in favor of analyses that offer a broader perspective on the situation.

▪ The first thing to understand is how Hong Kong fits into the political organization of the PRC, what “One Country, Two Systems” means, and why it has proven problematic. This Bloomberg Q&A lays out the basics.

▪ This is a few months old now, but Howard French’s long article for the Guardian, which asks “Is It Too Late to Save Hong Kong from Beijing’s Authoritarian Grasp?” remains the best place to start if you’re looking for an overview of the issues at hand.

▪ Shorter and more up-to-date than French’s article (things in Hong Kong change fast!), “A City Apart: Hong Kong Marks 20 Years of Chinese Rule” by Nash Jenkins at TIME also lays out the history of PRC rule in Hong Kong and the lines of dissent that have emerged.

▪ And if you’d prefer a video summary of the current problems in Hong Kong, see “After the Rain: What Is Happening to Hong Kong’s Democracy?” at the Guardian.

▪ Former New York Times Hong Kong bureau chief Keith Bradsher analyzes how Hong Kong has fared over the past twenty years, writing that “the city is increasingly held up not as a model of China’s future but as a cautionary tale—for Beijing and its allies, of the perils of democracy, and for the opposition, of the perils of authoritarianism.” (That article also features gorgeous photos by Lam Yik Fei.)

▪ Writing at the time of the handover in 1997, The Economist asked, “What if Hong Kong takes over China?” This article details why that has not come to pass.

▪ The biggest Hong Kong-Beijing showdown to date has been the Umbrella Movement of 2014, carried out by the city’s student activists. Head over to Netflix and watch the useful documentary Joshua: Teenager vs. Superpower for a look at how Hong Kong’s youth are leading the fight against the “Mainland-ization” of their home.

▪ On a lighter note: the Xinhua news agency has produced a terribly awkward animated music video to celebrate the twentieth anniversary of the handover. Sixth Tone has a one-minute version with English subtitles, while the longer Chinese-only video is at the Xinhua site.

▪ Quite a lot of the articles and analysis in the run-up to the handover anniversary examined the nature of a distinct Hong Kong identity and how the PRC government is attempting to fight it. A selection of examples:

▫ Benjamin Haas, the Guardian, “How China Changed Hong Kong: Views from the City”

▫ Austin Ramzy and Alan Wong, New York Times, “Young People Have Their Say About the Future of Hong Kong”

▪ While many commentators talk about the “Mainland-ization” of Hong Kong, John Lyons and Chester Yung of the Wall Street Journal turn the story around and look at communities of immigrants from the PRC who have embraced the “Hong Kong-ization” of their lives.

▪ In a recent episode of the Little Red Podcast, “Hong Kong: The New Tibet?,” hosts Graeme Smith and Louisa Lim discuss the localist movement in Hong Kong with guest Kevin Carrico of Macquarie University. See also this LA Review of Books China Blog post that Lim wrote as a companion piece to the episode.

▪ In a 2016 article for Foreign Affairs, historian Gina Anne Tam examines the identity politics of language in Hong Kong, where Mandarin is edging out Cantonese—but not without encountering a lot of local resistance.

▪ At TIME, Liam Fitzpatrick photographs members of Hong Kong’s “settler society”—the British, South Asians, Eurasians, and others who have made the city their home (often for several generations) and maintain its distinctive feel as a nexus of world cultures. (Additionally, if you’re a fan of outstanding photos of Hong Kong, follow Liam on Instagram.)

▪ At NPR, Ilaria Maria Sala and Jeff Wasserstrom have published an interesting essay on the political significance of appearances and disappearances in Hong Kong.

▪ At Quartz, Sala has also written about the disappearance of archives related to 1967 riots in Hong Kong. At the time, the violent protests were supported by the Chinese Communist Party, but now Beijing would prefer not to draw attention to its role in the actions.

▪ There’s a wide-ranging ChinaFile Conversation in which experts are asked to weigh in on the question, “What Does Xi Jinping Intend for Hong Kong?”

▪ “The threatened Armageddon with tanks on the streets never arrived but we continue to fight against death by a thousand cuts,” writes journalist Yuen Chan in an essay calling for Hong Kongers to tell their own stories rather than allow Beijing to control the narrative.

▪ Nick Frisch writes at the New Yorker on the slow, subtle process of “convergence rather than conversion” between the PRC and Hong Kong since 1997.

▪ Two short essays on art and politics in Hong Kong: at Dissent magazine’s website, Louisa Lim discusses censorship and limitations on artistic expression, while at Even magazine, Denise Y. Ho explains the controversy over Beijing’s decision to “give” a Palace Museum to Hong Kong as a twentieth anniversary present.

▪ Hong Kong artist David Clarke has a new exhibition imagining a hypothetical day of independence for the city on “June 31, 1997.”

▪ “For Beijing, winning the hearts and minds of a mere 7 million Chinese in Hong Kong is proving a decidedly uphill battle,” writes Priscilla Roberts at the China Policy Institute: Analysis site.

▪ In Vancouver, Ian Young of the South China Morning Post interviewed Hong Kongers who moved to Canada before the handover about their (mostly negative) views of how their hometown has changed under Chinese rule.

▪ AFP correspondent Joanna Chiu looks at why Mainland Chinese are no longer as impressed by Hong Kong as they once were (though plenty still want to buy apartments there!).

▪ At The Cipher Brief, Richard Bush of Brookings explains some of the political and economic issues at hand in Hong Kong today.

▪ “Hong Kong’s descent seems as inevitable as it is inexorable” writes economist Friedrich Wu in this short National Bureau of Asian Research overview of the territory’s economic problems.

▪ Anthropology graduate student Jeffrey Twu examines the physical border between Mainland China and Hong Kong and why it remains an important line of demarcation, both legally and in people’s minds.

▪ Susan Blumberg-Kason has compiled “The Non-Definitive Handover Book List” at her blog.

▪ I haven’t read the entire anthology yet, but PEN Hong Kong just released Hong Kong 20/20: Reflections on a Borrowed Place. You can read a couple of excerpts online at Quartz: “Hometown” by Kris Cheng and part of “My Journey as a Student Activist” by Joshua Wong.

▪ And I’ve only read one of these so far, but Penguin China has published a series of seven very short books on Hong Kong (it looks like most of them aren’t available in the U.S. yet, but I think they were all released in Asia on July 1). The Hong Kong Free Press interviewed four of the authors: Christopher DeWolf and Xu Xi, and Ben Bland and Antony Dapiran.

To think, when I was 17 all I wanted was to have my own car. Turns out it’s not at all fun and public transportation rocks. 🚙