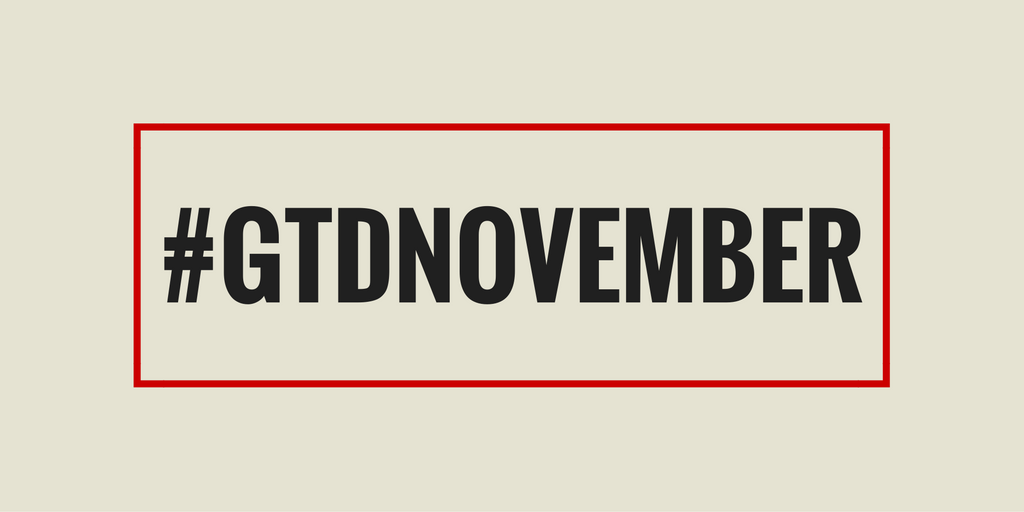 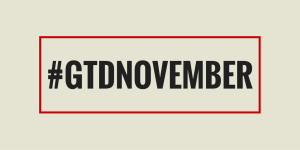 If you’re a writer, there might be a hashtag guiding your work in November. Quite a lot of people participate in #NaNoWriMo, or National Novel Writing Month, an exercise that pushes writers to hunker down and produce a draft of their novel in just 30 days. I know many participants in #AcWriMo, or Academic Writing Month, which is pretty much the same idea but applied to academic work—although I don’t think most academics expect that they can write a book draft in 30 days. Maybe an article or a couple of solid chapters.

The concept behind both initiatives is the same: rather than talk about writing and think about writing and whine about how much you need to write, just sit down and … write. Make a commitment that you’ll do it every day for 30 days—no weekends off, no rest days, no excuses. Set a goal that’s a bit of a stretch and work toward it, tracking and sharing your progress along the way.

I don’t write fiction (or at least, none that I’ll ever share with anyone else) and am not really in a position to focus on academic writing at the moment. But what I do have is a lot of half-done stuff. Drafts that need to be edited, books that I’ve read but not reviewed, notes for articles that I haven’t written, the half-revised manuscript of China in the 21st Century: What Everyone Needs to Know (third edition)—which would be a lot easier to finish revising if Chinese politics didn’t keep getting more complicated every day.

So I’ve decided that for me, November is about Getting Things Done (my hashtag: #GTDNovember). About focusing on the commitments I’ve made and following through on them. About building up and on momentum so I can head into the end of the year on a strong note. I know from experience that if something doesn’t get done in November, when I have relatively few outside obligations, it’s certainly not going to happen in December, which is full of them—meaning that anything that doesn’t get done this month will most likely haunt me into 2017.

So I have done my prep work and come up with a list of things (um, most of them already way overdue) that I reasonably think I can accomplish in 30 days if I commit to writing two hours a day (which is already, in theory, built into my Tuesday-Friday work schedule). I’ll post a couple of updates here throughout the month (accountability is key!), and more frequent ones on Twitter.

And if you want to knock out your own list of lingering tasks, join me. Let’s get things done.