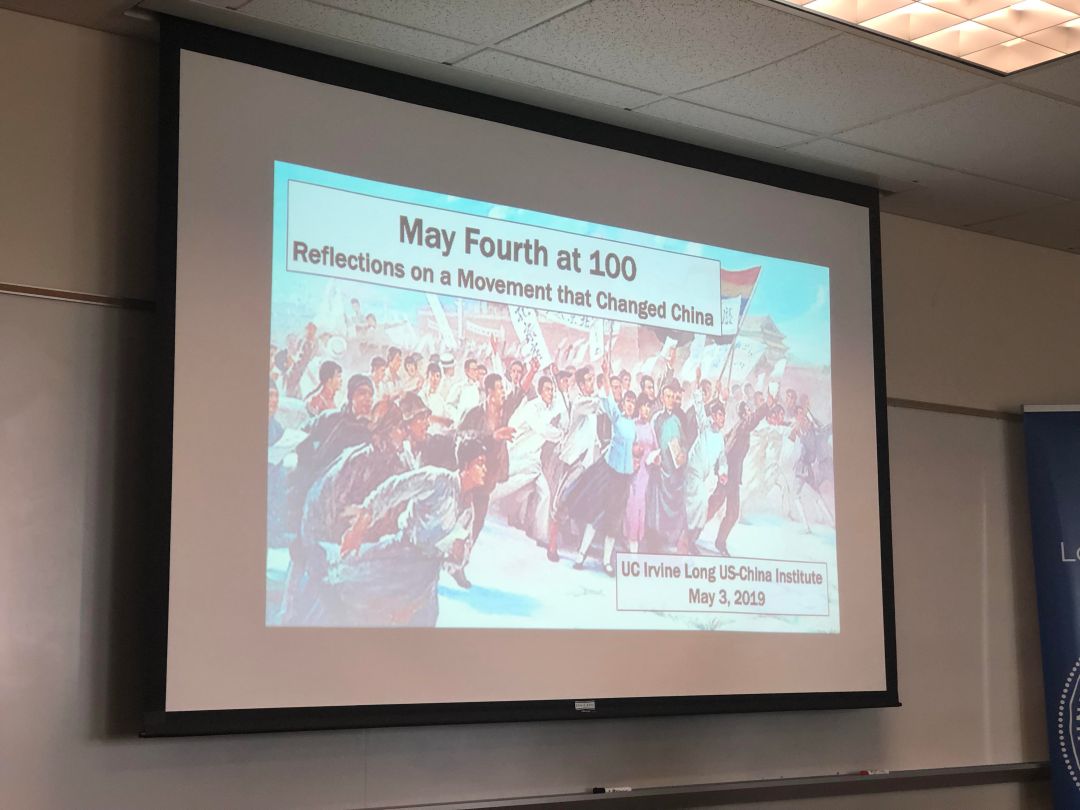 May Fourth at 100: A Reading Round-Up

On May 4, 1919, university students gathered in the center of Beijing to protest the Treaty of Versailles. China had sent 100,000 laborers to Europe in support of the Allies during World War I*, and many in the country had expected that in return the postwar negotiations would deliver German concessions on the Shandong Peninsula back to Chinese control. Instead, officials at the Paris Peace Conference secretly decided to hand the land over to Japan, giving the rising power another foothold in China. (For a short version of that story, I recommend Paul French’s Penguin Special, Betrayal in Paris: How the Treaty of Versailles Led to China’s Long Revolution*).

Beijing’s students were not only angry at the foreign diplomats who had traded away a piece of their country with no regard for the principle of self-determination espoused by Woodrow Wilson. They were also fed up with China’s own government officials, who had failed to live up to the promises of the revolution that had brought down the Qing Dynasty in favor of a republic nearly eight years before.

Carrying flags and banners, approximately 3,000 students marched on the street beneath Tiananmen, the Gate of Heavenly Peace, decrying the weakness and corruption of their leaders. The students took special aim at three officials whom they accused of being Japanese collaborators, and burned down the house of one of them. Police beat, arrested, and jailed a number of the protesters. Students and sympathizers in other cities took to the streets as well, and in June they organized a general strike in Shanghai, which caused sufficient economic paralysis to force a resolution. The imprisoned students were freed, the Chinese government refused to sign the Treaty of Versailles, and the three officials were dismissed from office. Japan, however, did retain its new land holdings in Shandong.

The protests launched what became known as the May Fourth Movement (五四运动 wusi yundong), which was folded into the iconoclastic New Culture Movement that had begun four years earlier. The May Fourth Era that followed saw the emergence of new forms of art and literature, politics, and social institutions, particularly the role of women. Young May Fourthers condemned the rigidity of Confucianism and encouraged inquiry and experimentation; they called on their fellow Chinese to welcome “Mr. Science and Mr. Democracy” as they sought to reinvent their country.

The Chinese Communist Party (CCP) was founded in 1921, born amid the romanticism and tumult of the May Fourth Era, and it has long cited the protests as one of the forces that brought the Party into being. The Monument to the People’s Heroes, an obelisk planted in Tiananmen Square, bears a bas relief of May Fourth protests, indicating the crucial role they played in leading up to the creation of the People’s Republic of China (PRC). Yet the CCP also treats May Fourth gingerly: mass movements and student protests at Tiananmen, of course, are two of the many activities now verboten in the PRC. During the past week of centenary commemoration, Xi Jinping and the Party he leads have walked a fine line of praising the May Fourth legacy of nationalism and revolution while clearly communicating that no attempts should be made to replicate the actions of the previous century.

Among China scholars and journalists, of course, the one hundredth anniversary of May Fourth has been a moment to mark with conferences and commentaries. I participated in one of the former at UC Irvine last Friday; below, links to many notable examples of the latter.

■ I renewed my subscription to The Diplomat just to get access to its cover story on May Fourth, written by historian Sebastian Veg. Veg begins by humbly admitting that it’s hard to find something new to say about the May Fourth Movement—but manages to do so anyway, in “attempting to scrape off the commemorative varnish of the last century” and consider how the protests affected Chinese political culture moving forward.

■ At the New York Times, Jeff Wasserstrom considers the successes of the May Fourth Movement and how the symbolism of May Fourth has been invoked at different times over the past century.

■ Also at the New York Times, Chris Buckley and Amy Qin report on the speech Xi Jinping delivered to mark the May Fourth centennial—the gist of which is summed up in Xi’s declaration that “Chinese youth in the new era must obey the party and follow the party.”

■ “For China’s aging political leadership,” Jiayang Fan writes at the New Yorker, “certain anniversaries teeter between the emblematic and the problematic.” No day requires the CCP to oversee a tightly controlled commemoration more than May 4.

■ In a post for the New York Review of Books, Ian Johnson writes about the public intellectuals who continue to speak out in China today, despite the increasing consequences under Xi Jinping’s rule for doing so.

■ Eric Fish has produced a long article for SupChina about the history of student protests in China.

■ At the Washington Post Monkey Cage blog, James Carter outlines the history of May Fourth and explains why it poses a problem for the CCP today.

■ “May Fourth—modern China’s most potent symbol of national expression—has been stripped of its aspirations and sanitized into a reliable party talking point,” writes Dan Xin Huang in an essay at Foreign Affairs that examines how the May Fourth legacy has been reshaped multiple times by the CCP over the decades.

■ Historian Shakhar Rahav takes the May Fourth focus off of Beijing and describes how the movement played out in other cities around China. He also considers the international angles to May Fourth, in an essay for the LA Review of Books China Channel.

■ At the South China Morning Post, Lijia Zhang asks what happened to Mr. Democracy during the past century.

■ And in her latest column for SupChina, physicist/writer Yangyang Cheng examines the fate of Mr. Science in China since May Fourth.

■ Yangyang is also among the experts Scott Tong interviewed (along with Rana Mitter and Orville Schell) for his Marketplace story on May Fourth and “China’s move to scientific relevance in the world.”

■ Fabio Lanza considers “the complex political legacy of May Fourth,” particularly the figure of the student protester, in an essay for Jacobin.

■ At Dissent, Alec Ash writes about the tradition of youth protest that was launched on May Fourth—a tradition that the CCP has at times celebrated but more notoriously has quashed. Despite this, Ash points out, the embers of the May Fourth spirit continue to smolder among some Chinese youth.

■ China Media Project editor David Bandurski dissects how the May Fourth spirit has been subsumed under CCP ideology, particularly during the Xi era.

■ Historian Klaus Mühlhahn has recently published a sweeping history of modern China, Making China Modern: From the Great Qing to Xi Jinping*. I haven’t read the book yet (it’s on my shelf!), but the excerpt about May Fourth published at ChinaFile suggests that the volume should move up my to-be-read list.

■ “In a myriad of ways … I’ve spent the past forty-five years in the thrall of the contending spirits of May Fourth,” writes Geremie R. Barmé in the introduction to a pair of May Fourth posts—the second of which recounts a bold act of protest staged in Beijing just ten days ago—at the China Heritage site.

■ And for those who have institutional access, the journal Twentieth-Century China just published a special issue on the legacy of May Fourth.

Masking in style with @grittynhl.