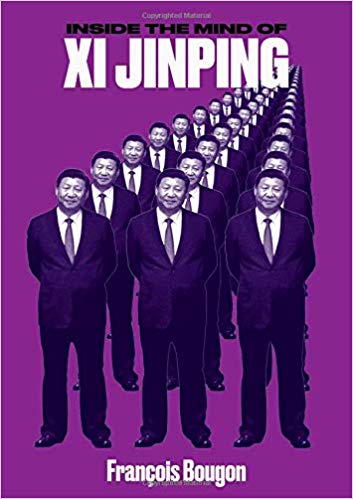 Readers of the third edition of China in the 21st Century: What Everyone Needs to Know will have seen the extensive “Further Resources” section that Jeff Wasserstrom and I included at the end of the book. In that section, we recommend many dozens of books and articles that interested readers should seek out for more information on various topics. Here at my website, we’re also maintaining a list of digital resources, as well as writing occasional updates on specific issues.

Toward the end of 2018, the Italian magazine Internazionale asked Jeff to suggest three recently published books related to China for inclusion in their annual “Playlist” special issue. Since his New Year’s resolution is to contribute more to our China in the 21st Century updates, Jeff sent me the English-language version of his Internazionale picks, which came out in Italian late in 2018. They are published here with the permission of Internazionale:

Inside the Mind of Xi Jinping, by François Bougon
This is a short, breezily written but informed and informative look at a powerful and enigmatic man, which was written by the former Beijing correspondent for Le Monde. An updated version of a book first published in French in 2017 (fluidly translated into English by Vanessa Lee), it is particularly good at teasing out the way that China’s authoritarian strongman leader has been shaped by his country’s past and is making strategic use of a particular version of the nation’s history.

Our Story: A Memoir of Life and Love in China, by Rao Pingru
A gracefully written, gorgeously illustrated and beautifully produced autobiographical work, rendered into English by one of the most gifted translators of Chinese working today, Nicky Harman, it takes the reader from 1922 to 2008 via a mixture of words and paintings. A poignant account of a loving marriage, it also offers a very personal window onto the many dramatic changes that China underwent during the decades leading up to and following the founding of the PRC.

Women and China’s Revolutions, by Gail Hershatter
What difference would it make to how the story of modern China is told if women’s experiences were placed at the center of the tale? This is the question that Hershatter, one of America’s most accomplished specialists in Chinese studies and the author of books about labor and memory, sets out to answer in this accessible new work, which is filled with memorable vignettes of individuals as well as astute analyses of major events.

p.s. In 2017, Jeff did the same thing for Internazionale. That time he flagged two books already mentioned in the Further Resources section of our third edition: Ian Johnson’s The Souls of China: The Return of Religion after Mao (which I reviewed for the Financial Times) and Howard French’s Everything Under the Heavens: How the Past Helps Shape China’s Push for Global Power. Jeff also recommended David Der Wei Wang’s massive and eclectic edited volume, A New Literary History of Modern China, which includes short entries by a range of scholars from different parts of the world, different generations, different disciplines, and different genders.

One thought on “Further Reading: Three 2018 China Books to Check Out”

#Detroit weekend photo dump: @tigers mascot Paws, early morning #5k next to the River, surrounded by art at the @vangoghdetroit experience, over to Belle Isle to see the recently renovated aquarium and conservatory. Not shown: a truly divine diner breakfast (omelette, sausage, and grits, plus terribly delicious/deliciously terrible coffee) at the Ham Shoppe. Ann Arbor has a lot to offer, but no “real” diners. #travel #PureMichigan