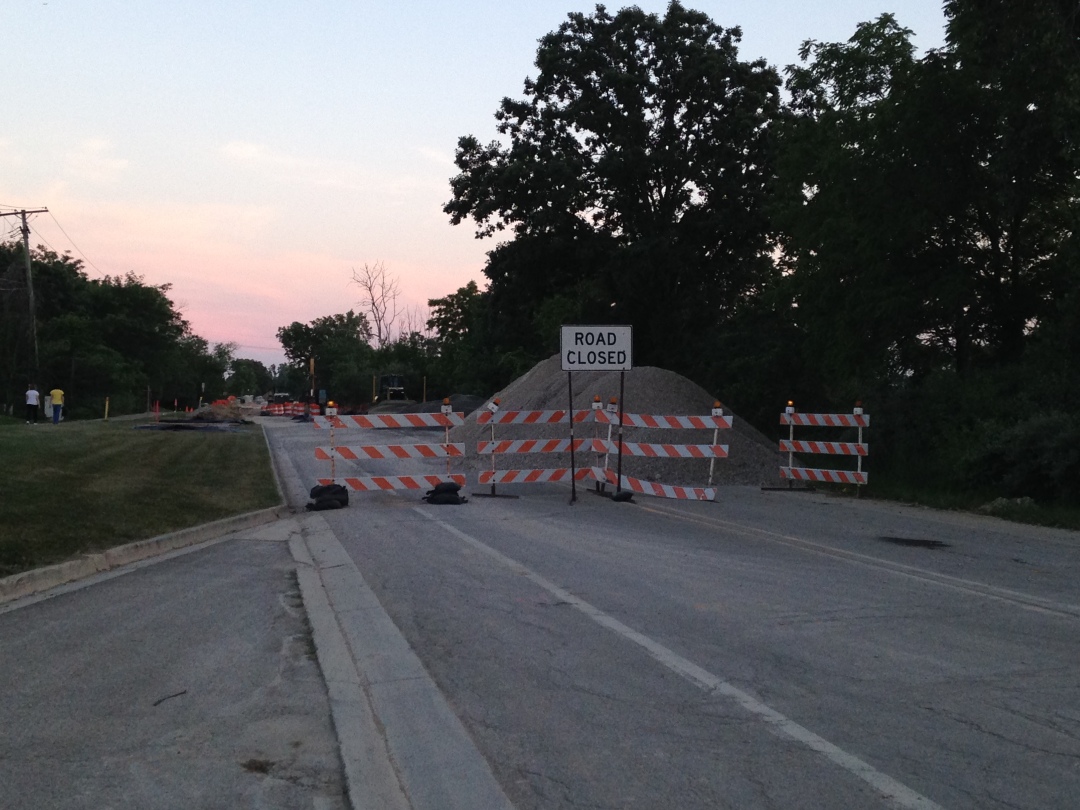 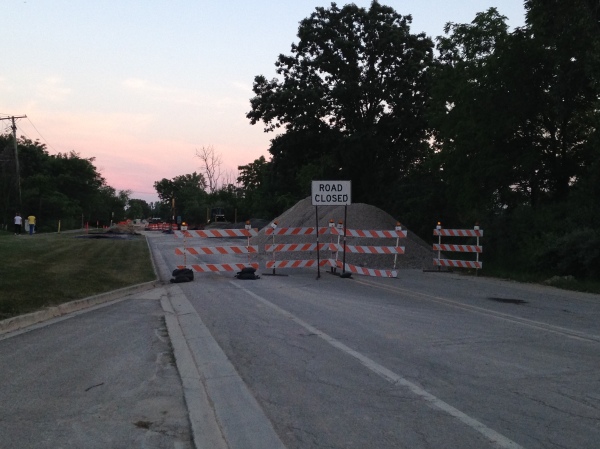 ▪ How many times this spring did I tell myself, “Tomorrow. Tomorrow I’ll get up and start writing again. Tomorrow for sure”? Pretty much every day. But as the near-silence around these parts indicates, I never followed through. The #1 reason for this is that for the past several months I’ve found it nearly impossible to set a schedule and keep to it; every time I turned around there was a roadblock sending me off onto a detour from what I intended to be my normal routine. Some of those detours were fun and took me to different places (since January, in order: Philadelphia, D.C., Philadelphia, Toronto, Philadelphia, Florida, Philadelphia, central Michigan, central Pennsylvania, Seoul), while others (two colds within a month) just sent me to bed, whimpering, with my laptop and Netflix.

So I haven’t been idle this year. I’ve traveled a lot, read a lot, cooked a lot, and caught up with or met a lot of people. But I haven’t written a lot; whenever I had a few days at home, I would spend them planning to write, making lists of the articles and essays that I would work on … as soon as I had more time to focus on them. Call it a roundabout of productive procrastination: I felt like I was getting myself organized and therefore accomplishing something, but in reality I was just going around and around without actually producing anything.

Now that I finally have a long stretch of time at home, I’ve exited that roundabout and found my way back onto the road of a morning writing routine. And I’m trying—hard!—to be more conscientious about not overcrowding my travel schedule for the fall. I love getting out and going to new places, but I don’t love the disruption that occurs when I do too much of that.

▪ On to less metaphorical roadblocks and detours. I had never heard this before moving to Michigan, but a popular local joke is that “There are two seasons in the Midwest: winter and roadwork.” I can now affirm that this is 100% true. The winter this year actually wasn’t that bad, but the roadwork … the roadwork is testing my patience. Ann Arbor is blooming with orange traffic cones and detour signs, and a major project at the intersection just south of my housing development (they’re turning a four-way stop into a roundabout and have totally closed the road) means that for the next two months every trip I make will involve a 10-minute detour as I head north, then turn west so I can go south again.

On a bad day, when I haven’t properly timed things and am running late because I forgot to allow for the detour, or when I join a line of other drivers all desperately waiting to make a left turn that was always difficult and is now nigh-on impossible during rush hour, I curse and complain. Wasn’t there a better, less disruptive, way to do this? But on a good day, when the weather is pleasant and the traffic is light, I think about the upsides of the detours.

I’m being far more conscious about how much I drive: now that the grocery store is 15 minutes away rather than 5, I really give thought to whether or not I should just pop out to pick up a few things, or if I could wait and bundle several errands together. I’m also learning more about the area around me, as detours and traffic congestion lead me to take roads that had never been necessary before. I live at the very northeastern edge of the city of Ann Arbor, and it’s amazing how quickly suburban subdivisions give way to fields when you head north from my house. There’s a Christmas tree farm, a fresh produce stand, and a petting zoo—all within 10 minutes of my front door. (Also a lot of … groundhogs, I think? … that seem to have a death wish, but so far I’ve managed to avoid my first roadkill experience.) I won’t be disappointed when the roadwork is over and I don’t have to build extra time into every venture outside my neighborhood, but there’s something to be said for driving along a dirt road with the windows down and the radio turned up on a sunny summer day.

▪  Back in 2014, the editor of the Wall Street Journal’s China Real Time Report invited me to join the blog’s roster of contributors. You could probably say that was my big break—although I only wrote four articles for China Real Time, having the WSJ name in my clips file gave my writing career a big boost. (And the last article I published there, on limitations to archival access in China, has had a long life—it’s even cited in a new book coming out this fall.)

I put my freelance journalism career on the shelf when I moved to New York in November 2014, but I always intended to get back to writing for CRT at some point. Unfortunately, when I pitched an article a few months ago the editor told me that their budget for freelancers had been eliminated, and this week came the sad news that China Real Time has shut down altogether. I’m disappointed to see it go—not only on a personal level (the editors there were great to work with), but because CRT was one of the best and broadest China blogs around, featuring a mix of hard news analysis and fun, quirky stories. A lot of the top ones are mentioned in the farewell post linked to above, but one of my recent favorites was Eva Dou’s test of a “smart” rice cooker.

RIP, China Real Time, and thanks to everyone who made it great.

▪ The three things I have managed to write this spring, all book reviews: of Ian Johnson’s The Souls of China: The Return of Religion after Mao (at the Financial Times and behind a paywall); of Mohsin Hamid’s Exit West (at Goodreads); and of Blair Braverman’s Welcome to the Goddamn Ice Cube: Chasing Fear and Finding Home in the Great White North (at Goodreads).

▪ And the one single thing I have knit since the start of 2017: a pair of socks for a friend’s newborn baby. I didn’t know the yarn would stripe when I bought it but was delighted when I realized it. I might need a (slightly bigger) pair for myself.

Hopefully more knitting, like more writing, is in store for the second half of the year.