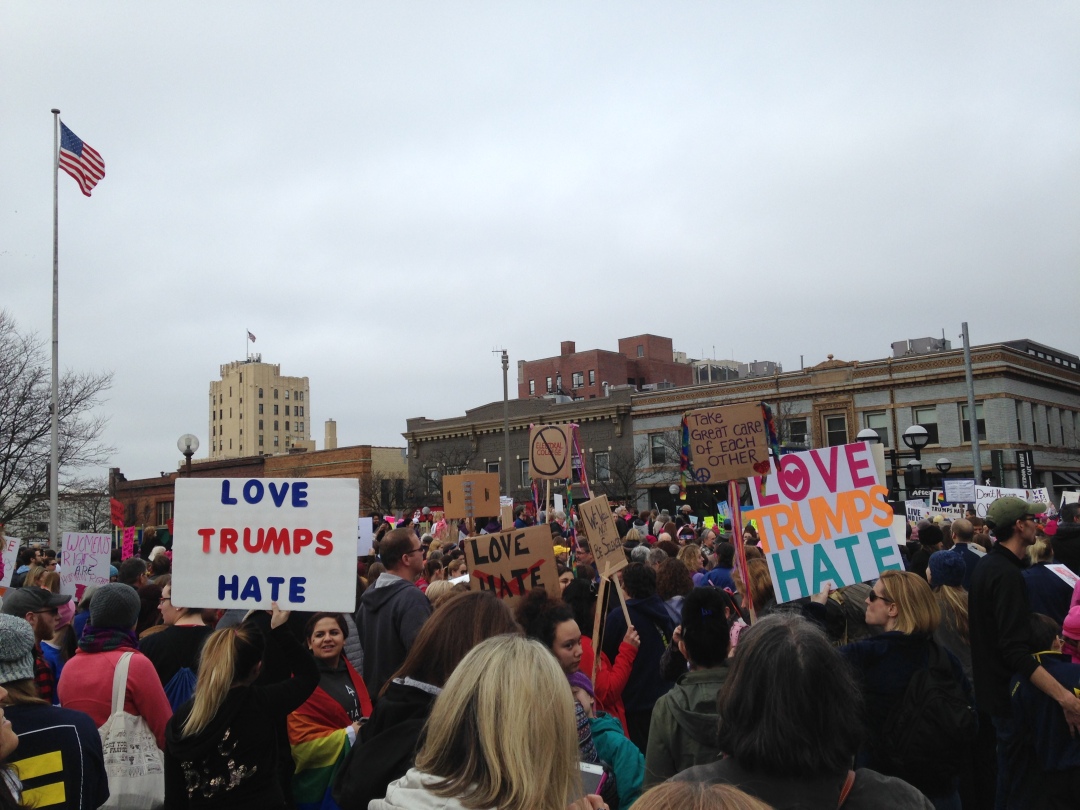 I wasn’t among the thousands of women filling planes and buses headed to Washington, D.C. last weekend for Saturday’s Women’s March. Instead, I was able to participate closer to home, as Ann Arbor hosted one of the hundreds of marches in solidarity with D.C. While we may not have had the numbers of D.C., New York, or Los Angeles, Ann Arbor turned out: the organizers estimate that 11,000 people participated in the march here. (I think that number might be a tad generous. Regardless, there were a lot of people in the streets of our small city.) I met up with several friends from the university for lunch, after which we headed over to the center of A2, where the march was scheduled to begin at 2:00.

Although the skies were mostly cloudy for most of the time, it never actually rained—and it was weirdly and unseasonably warm, with temperatures in the low 50s.

Not a whole lot of pink “pussy” hats in this crowd, but tons of signs.

And yes, a lot of them conveyed anti-Trump messages, but just as many spoke out against climate change, in favor of the Affordable Care Act, and in support of immigration. Plus, of course, lots and lots and lots of signs dealing with women’s rights.

While a good portion of the crowd seemed to be University of Michigan students, they definitely weren’t a majority. This was just as much a “town” event as a “gown” one.

A lot of people brought young children and got them involved in the protest. 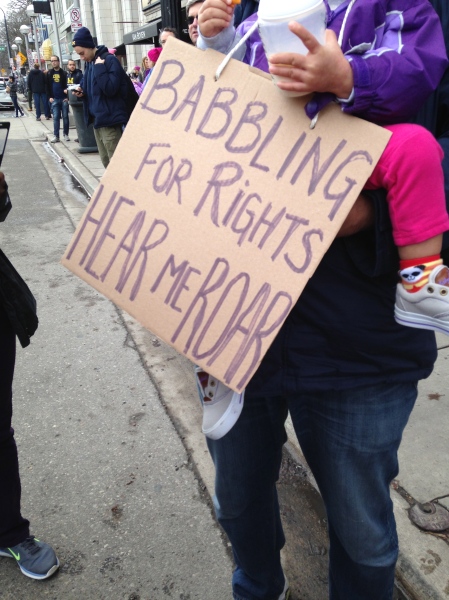 Central Ann Arbor isn’t that large, so the march itself was fairly short once it got going (there was a lot of “hurry up and wait” at the beginning): we made a square around downtown, then headed down to “the Diag,” or the main artery that runs through Michigan’s campus, for a rally at the library steps. 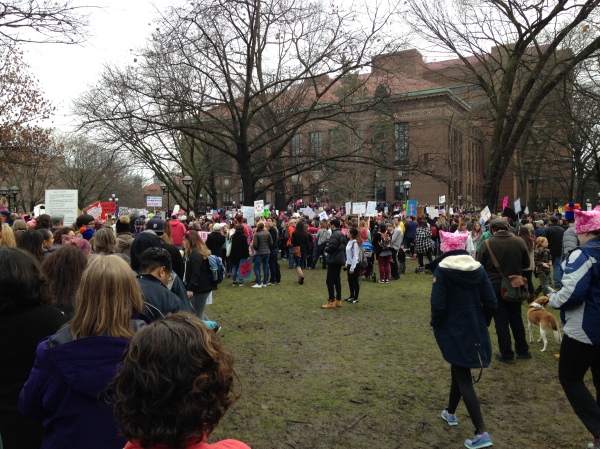 By this point, my group had dissolved as we got separated in the crowd and some people needed to leave. A few of us stood and listened to the rally’s speakers as best we could, but we were pretty far back from the stage and couldn’t hear much. Although the rally was still going on, all of a sudden it seemed that everyone in the crowd decided to leave at the same time, so we did too.

All in all, it was a very tame march and seemed more a community bonding event than angry political protest. As someone in my group pointed out, our numbers paled in comparison to what the football team draws (Michigan Stadium’s capacity is just under 110,000). Still, I was impressed by the turnout and the diversity of the crowd (in terms of age and gender; there’s no question that Ann Arbor is extremely white).

Now, the question is: what’s next?

Getting in an invigorating #5k while the sun was out, the sky blue, the sidewalks clear. More snow scheduled to arrive imminently. #winter #walking #PureMichigan