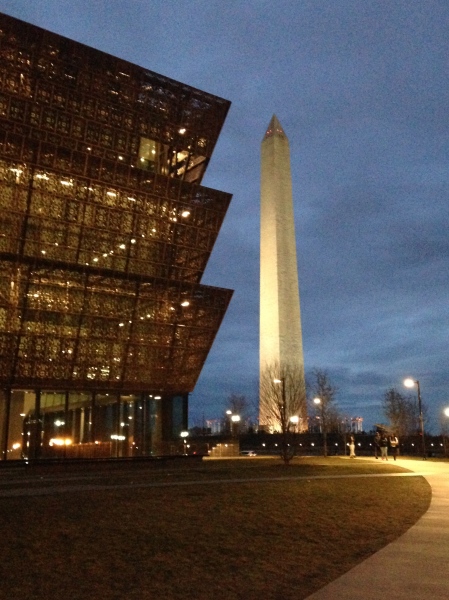 Slightly delayed due to an epic cold (now better)/holiday laziness …

▪ Happy New Year! Like nearly everyone else I know, I am glad to see 2016 disappearing in the rearview mirror; as it was for so many other people, for me it was a year of change and disruption, expectation and disappointment. Not everything was bad—I ended the year in a far better place than where I started it, in so many different ways—but I for one would like 2017 to be more settled, and about progress rather than just change.

As the East Coast counted down to midnight on Saturday, I saw a few people on Twitter posting about how they don’t make resolutions but instead choose a word/concept to focus on in the year ahead. Without even thinking about it, the word that popped into my brain was ROUTINE. I need one. That’s what I’m going to work on in the year to come.

▪ I had only one Christmas knitting project this year, but it was a significant one: my friend Jen asked me to knit a stocking for her baby daughter, and she went online and found the same pattern Jen’s own grandmother had used to knit her Christmas stocking back in the 1980s. It was a challenging project for me, due to a couple of factors. First, I had never before tried intarsia (knitting a design into the fabric), and juggling the many tiny balls of yarn needed to create Santa made me feel like I was all thumbs. It took a couple of false starts and a lot of googling before I figured out how to handle everything.

The second, and even more unusual, aspect of this project was using a vintage pattern. Knitting patterns today just aren’t written the same as they used to be: most of today’s patterns spell things out in minute detail, not taking for granted any knowledge on the knitter’s part. The older pattern assumed that the user already had a fairly high level of skill and didn’t waste any space on extensive explanations of how to graft a toe or do duplicate stitch (I knew how to do the first; my mother helped me with the second). Even the construction of the stocking was different than I think it would be if the pattern were written today: I’m accustomed to knitting socks in the round, but this one was knit flat and then sewn together. (Me: “Oh, so that’s why women’s stockings used to have seams up the back of the legs!”)

In the end, the stocking wasn’t especially hard, but it was very different from what I’ve grown accustomed to, and all of the mistakes I made and then had to rip out were due to me over-thinking and second-guessing the directions. It got done (at literally the last possible moment, involving a trip to FedEx 10 minutes before it closed on December 23), but was quite a learning experience. As a history geek, though, I found it pretty interesting to see how knitting patterns have changed over time and the expectation in the past that people would have more knowledge of the craft. Coincidentally, at the same time I was working on the stocking I ran across a blog post by a researcher at Princeton’s Cotsen Children’s Library, who encountered similar issues when she tried to follow the instructions in a Soviet children’s book from 1930 to make a monkey toy.

▪ My mother and I skipped our usual holiday visit to Longwood Gardens in favor of trying something new: a trip to the Glencairn Museum in Bryn Athyn, Pennsylvania for their “Christmas in the Castle” tour. I had never heard of the museum before, but it turned out to be only a 35-minute drive from my parents’ house in Philadelphia, and far less crowded than Longwood. The “castle” was built in the 1930s by Raymond and Mildred Pitcairn, prominent members of Bryn Athyn’s Swedenborgian community, and after their deaths was transformed from a private home into a museum of religious art and history.

The museum galleries are closed during the Christmas tour, which has two foci: Glencairn’s extensive collection of Nativity scenes from around the world, and how the Pitcairns celebrated the Christmas holiday when they lived in the mansion. In the Nativity exhibition, I was especially taken with this presepio, a large diorama the combines elements of the Nativity scene with vignettes from daily life in 18th-century Naples. I had never given much thought to the idea that the Nativity scene is interpreted in different ways at different times by artists around the world, but seeing a few dozen of them in one place drove home this point. 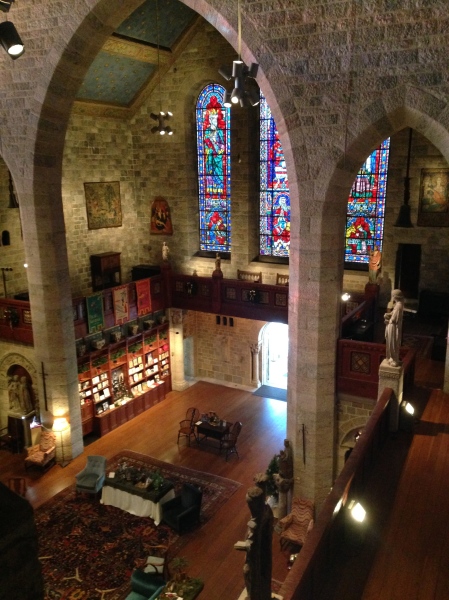 The rest of our tour moved from the tower atop the home (we were there on a clear day and could see all the way to Center City Philadelphia) to the Pitcairns’ private chapel, a room full of medieval artworks, and the library and master bedroom suite. Glencairn feels like a combination castle and church, with high vaulted ceilings, copious amounts of stained glass, and stone walls throughout—a beautiful museum and entertainment space, but a little tough to imagine as a private home. (For example, that’s the Pitcairns’ spacious “living room” in the photo above.)

▪ My parents, brother, and I spent the New Year’s holiday in Washington, D.C., since my father had gotten tickets for the new National Museum of African American History and Culture (NMAAHC). When we arrived just before our designated 2:15pm entry time on December 31, though, we discovered that having tickets only gets you so far—just inside the door, to be precise. A museum guide informed us that the wait for entry to the history galleries (the centerpiece of the NMAAHC) was well over two hours, which would have left us with just about an hour to tour the galleries’ three levels before the museum closed at 5:30.

After a brief consultation, we headed instead to the top floors of the NMAAHC, where there was no wait for entrance to the culture and community galleries, though they were still fairly crowded. While the subterranean history galleries tell a grim story—abduction, slavery, segregation, the struggle for civil rights—the galleries upstairs focus on African American achievements in music, literature, business, military service, sports, and activism. The exhibits certainly don’t overlook impediments, such as racism and legalized discrimination, to those achievements; for the most part, however, the galleries celebrate, in the museum’s oft-repeated phrase, “Making a way out of no way.”

Perhaps not surprisingly, the music exhibit was the most entertaining and interactive, with many video monitors playing clips of performances and a “record shop” at one corner offering visitors the opportunity to select tunes from a list of albums. I could hear a lot of people singing along under their breath as they moved through the rooms, and commenting to their companions about songs they liked or didn’t. Given that we spent over an hour in the music section alone, I wasn’t surprised when I listened to the latest episode of the Ben Franklin’s World podcast with museum director Lonnie Bunch, who mentioned that the average visit lasts more than six hours (though presumably some of that time is spent waiting in line for the history galleries). It’s a big museum with a lot to read and process.

I definitely recommend the NMAAHC to anyone considering a visit; if possible, you should probably try to get tickets for a weekday morning to have a chance at getting into the history galleries.

▪ I had two short pieces of writing published at the end of December: at the LA Review of Books China Blog, I made a couple of recommendations for books that would make good holiday gifts, and at The Billfold I wrote about collecting Christmas ornaments and finally having a tree on which to hang them.