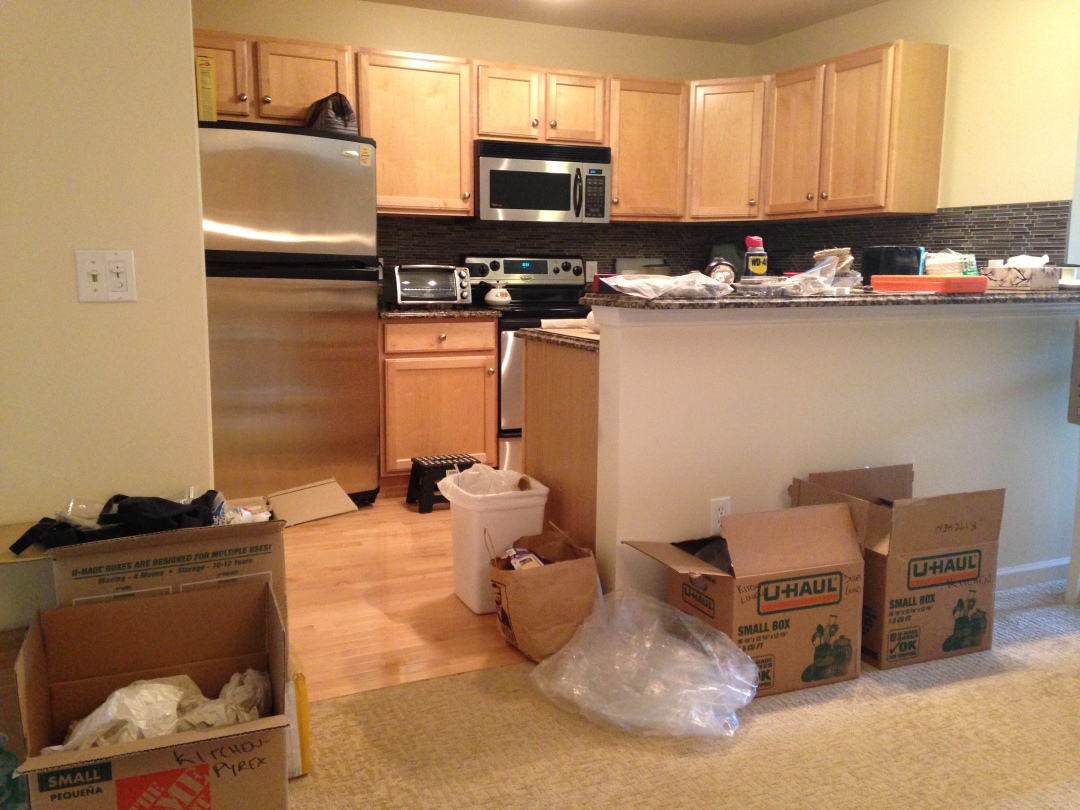 What I Did on My Summer Vacation

Well, it wasn’t exactly a “vacation,” although I have few complaints about how I’ve spent my time since last posting here the day before leaving my job in New York on June 30.

So, after hitting “publish” on that post, I finished up what I needed to do at work, cleaned out my desk, shared a bottle of champagne with my colleagues, and headed to Philadelphia to meet up with my parents so we could go to Ann Arbor for a long weekend and I could look for an apartment.

Shocking everyone (including myself!), I bought a house instead.

July dissolved into a whirlwind of calls with my realtor, emails with the bank about my mortgage, boxes to pack in Philadelphia (I had left a lot of stuff at my parents’ house over the years), an apartment to clean in Jersey City, two U-Haul U-Boxes to send to Ann Arbor, and many attempts to see friends and relatives one last time before I took off at the end of the month.

Suffice it to say, I spent July very, very stressed.

Finally, the appointed date of departure arrived and my parents, brother, and I loaded up two Subaru Outbacks and set off for Michigan. Fun fact: driving the width of Pennsylvania takes six hours and is astonishingly boring. Ohio is smaller, but not much more interesting.

We arrived in Ann Arbor late on a Thursday evening, and first thing Friday morning I went to settlement and made the house officially mine (eeeek). We spent the rest of the weekend moving all my stuff in and getting it somewhat organized before my family had to head home. (Thanks, family! I won’t ask you to help me move again anytime soon, I promise.)

That Monday morning, August 1, I drove to my new office and started my new job as the Social Media Manager at the Association for Asian Studies. (And hey, why don’t you take this opportunity to follow us on Twitter and/or like us on Facebook?)

I had this crazy idea that as soon as I got to Ann Arbor and moved into my house and started my job, I’d be able to get back to writing. Like, right away. Throughout July, I kept a list of blog posts I planned to write as soon as I was no longer running around throwing things into boxes and shrieking into my phone like a crazy woman.

(In my defense, I really only lost my cool once, and I contend the problem in question was one that could and should have been avoided but instead became a big deal at the very last minute. Everything worked out, fortunately.)

But I got out here and I didn’t write anything that first day, or the second. Or the third. I started beating myself up (you said you were going to start blogging again after you moved!). Five or six days went by and I still wasn’t feeling it. And that’s when a though hit me: you need to take a break. Criticizing myself for not sticking to a schedule that was entirely in my head was completely unproductive.

Acknowledging that was like magic: once I stopped telling myself, “Hey, you should try to get a blog post up tomorrow,” my brain was off and running. Taking away the pressure to write made it much easier to get started. But rather than publish each new piece here as soon as it was completed, I decided to give myself a true summer vacation and wait until after Labor Day to start posting again. In the meantime, some of you may have noticed that I redesigned my site, for the first time since 2011. I also worked on several non-blog things as well.

Besides, I didn’t want to spend all my time holed up at home staring at my laptop! I’ve been getting acquainted with Ann Arbor, and in the past couple of weeks have successfully managed to drive a few places without the assistance of Google Maps. I’ve figured out how to get into my garage without scraping the right front bumper on the doorjamb (that, um, took me a couple of tries to learn). I went to Detroit for a day this past weekend. I’ve contemplated my empty living room and tried to envision what kind of furniture would look good in it. I’ve whiled away many hours sitting on my front porch, reading and thinking that while I’m sure I won’t love January, Michigan is pretty spectacular in the summer.

It’s been a hectic and stressful, as well as exciting and wonderful, summer. I have a bunch of new posts in the queue and will start rolling them out tomorrow—and will, I hope, be able to settle into something of a regular publishing schedule here.

Thanks for reading. It’s good to be back.

2 thoughts on “What I Did on My Summer Vacation”

#Detroit weekend photo dump: @tigers mascot Paws, early morning #5k next to the River, surrounded by art at the @vangoghdetroit experience, over to Belle Isle to see the recently renovated aquarium and conservatory. Not shown: a truly divine diner breakfast (omelette, sausage, and grits, plus terribly delicious/deliciously terrible coffee) at the Ham Shoppe. Ann Arbor has a lot to offer, but no “real” diners. #travel #PureMichigan