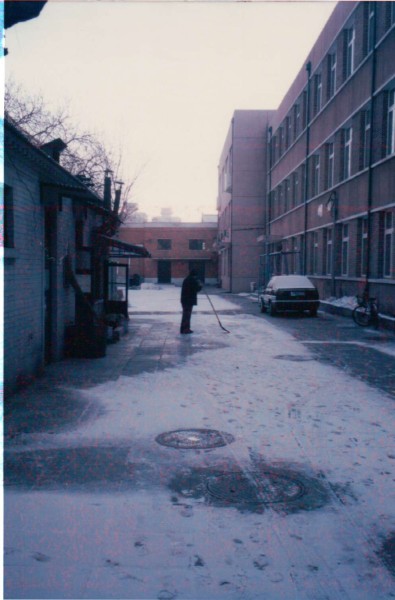 China had just celebrated Chunjie, or the Spring Festival—otherwise known as Chinese New Year—when I arrived in Beijing in mid-February 2005, but spring felt very far away. Since Beijing and Philadelphia are at practically the same latitude, I hadn’t expected the winter weather to be anything I couldn’t handle. I’d packed a ski jacket, gloves, and thick wool socks and figured those would be sufficient protection against the cold.

But Beijing was colder than anywhere I’d ever been before. The cement buildings of my school seemed to absorb the frigid air and hold it close; electronic heater/air conditioner units in my dorm room and classrooms produced a constant stream of hot, dry heat that made my skin flake and crack but never warmed my core. Wind whipped down the city’s broad, empty avenues, freezing my cheeks and bringing tears to my eyes as I trudged along. On a trip to Tiananmen Square during my first weekend in China, I seriously wondered if I could die of exposure in the middle of one of the world’s largest cities. That night, several of my classmates and I went to the nearby Carrefour and bought long underwear (Playboy brand, size XL—which barely fit me) and colorful fleece-lined knitted hats with earflaps. I looked ridiculous, but I no longer worried I would lose my ears to frostbite while walking to the subway.

Still, there was something quiet and beautiful about those mid-winter days in Beijing. I saw the neighborhood around my school as a subdued watercolor: bare brown tree branches stark against the white and pale pink of the apartment buildings; black streets bearing a trace of gray snow; the occasional cyclist slowly pedaling by on a creaky bike. Everything seemed muted, as if the city had gone into hibernation and would re-emerge once spring truly arrived. 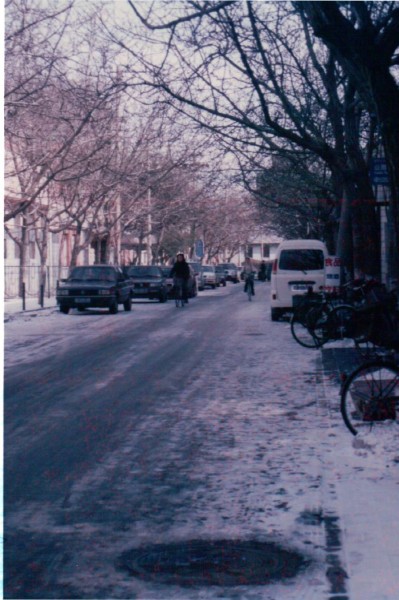