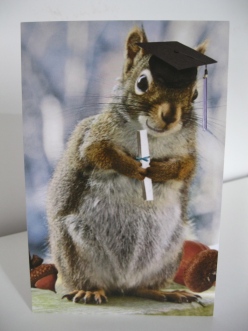 It turns out that there’s an unexpected amount of ambiguity about when exactly one finishes a PhD. When I got my bachelor’s and master’s degrees, the graduation ceremony was the official point of completion. That’s not the case with a doctorate—especially if, as I did, you go to the graduation ceremony months before even finishing your dissertation.

So obviously, the first step in the real graduation process is to complete the dissertation. I did that. I sent it to my committee members, who all read it and decided that they were okay with passing me. Yay. But it turns out all of that was the easy part of graduating.

(Note: I realized about five minutes into the following process that I had made things much harder—on both myself and the amazing staff of the UCI History Department—by not being in California at the time of filing. The process is simply not designed to be carried out across an ocean and a 15-hour time difference. I owe enormous thanks to Arielle Hinojosa, the department administrator who patiently assembled all my forms, coordinated the collection of various signatures, and handled the actual filing of my paperwork with the Graduate Division.)

I filled out one form, scanned it, and sent it over to my committee member in Chicago, who printed it, signed it, and mailed the form to California for my other two committee members to sign. So far, so good. Once I had all their signatures, I uploaded my dissertation to ProQuest, which was a big, anxiety-inducing moment that sort of made me feel like I was finished.

But no. The bureaucracy wants more.

More forms! Including one that had to be signed in ink by me, and which I wound up having to FedEx from Shanghai (not as expensive as I feared it would be, but still—I wish I’d been able to avoid that). I had to pay a filing fee, which I discovered was cash or check only (come ON, UCI, you can’t take credit cards?), so thank you to my mother for handling that step of the process.

Then, UCI requires that graduates complete two exit surveys. One is from UCI itself and asks a number of questions that mostly boil down to “Are you happy that you got your PhD here?” The other is the “Survey of Earned Doctorates,” “an annual census conducted since 1957 of all individuals receiving a research doctorate from an accredited U.S. institution in a given academic year” and sponsored by six federal agencies. It is, as you would expect of anything created by six federal agencies, annoying, repetitive, and occasionally (but surely unintentionally) funny. My favorite part was when I finished—not just because I was done, but because I got a Certificate of Completion that someone created in WordPerfect back in 1996:

Finally—finally!—my paperwork was done, the necessary signatures were obtained, the surveys were completed, and Arielle could take everything to the Graduate Division to file it. I woke up this morning to a message from her saying that she’d done that … so I think I’m finished? Except that according to the Grad Division’s outline of the graduation process, I’ve only completed three steps of five. I suspect I’m not truly done until the University Archives processes my dissertation submission to ProQuest (that’s step four). And it won’t be officially official until the Grad Division confers the degree (step five).

But my participation in the process is done, and that’s good enough for me. Even though I know I’m still not really finished, I think I can safely move on … to postdoc applications.

One thought on “False Finishes”