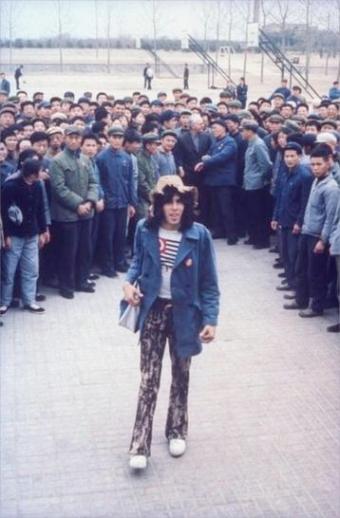 I think this will be my final post related to last month’s literary festivals. I saw journalist Nicholas Griffin speak at the Capital M Litfest in Beijing about his new book, Ping-Pong Diplomacy: The Secret History Behind the Game that Changed the World, and not long after managed to get my hands on a copy. I really enjoyed reading this book; what I knew about Ping-Pong Diplomacy was pretty much the sum total of its Wikipedia page, so I learned a lot from Griffin’s detailed account of how the whole thing went down—and how many times it almost got derailed by miscommunications and missed signals. I also learned more than I ever expected about the history of ping-pong and its importance in Cold War politics:

The 1971 “Ping-Pong Diplomacy” between China and the United States is often treated as a mere historical footnote, a quirky prelude to Richard Nixon’s path-breaking trip to the People’s Republic a year later. In his recently published book, Ping-Pong Diplomacy: The Secret History Behind the Game That Changed the World, journalist Nicholas Griffin, whom I saw speak about his book at Capital M’s literary festival in Beijing last month, seeks to redress that oversight. The result is an informative and entertaining book that covers far more ground than the single week of Ping-Pong Diplomacy itself.

The photo is of Glenn Cowan, the media darling of the trip whose life ultimately ended in disappointment and tragedy. I think this is an amazing picture. I’ve found that it’s often difficult to explain to American college students just how different and how isolated from the United States China was during the height of the Mao years. But I think the physical distance between Cowan and the Chinese onlookers, plus the disparity between their outfits, does a lot to demonstrate that gulf. I’m definitely using this photo, as well as a lot of tidbits gleaned from Ping-Pong Diplomacy, in my Modern China class in the fall.

Read the rest of my review at the LA Review of Books China Blog.

One thought on “LA Review of Books: Ping-Pong Powerhouses and Table Tennis Tales”