I’ve recently returned from the annual meeting of the Association for Asian Studies (AAS), which was held in Seattle this year. AAS is my favorite academic conference—it tends to have really strong panels and offers many opportunities to see my friends in the profession—and I enjoy it even more when I can combine it with a visit to a new city. For location, I’m not sure another AAS will ever top the 2011 meeting in Honolulu, but Seattle was really excellent.

A large part of what made the Seattle meeting so great is how un-stereotypically Seattle the weather was. I prepared for cool, rainy days; instead, I got sunshine, blue skies, and warmth. I spent most of the weekend inside the cavernous convention center, of course, but after the conference concluded on Sunday I got to enjoy a long afternoon wandering around and relaxing in the sun next to the water.

Also a high point: the food. The conference hotel was only a ten-minute walk to Pike Place Market, saving all of us from the usual conference fare of prepackaged sandwiches and dinners in chain restaurants. I wanted to sample everything at the market, but that would have taken a week. With only a few days, I had to limit myself: crumpets for breakfast at The Crumpet Shop (two thumbs up), a cinnamon roll from Cinnamon Works (soft, yeasty, delicious—I wish I could make them so well), a salmon Caesar salad for lunch at the Sound View Café (fantastic fish), and, naturally, a latte at the original Starbucks (tasted the same as every other Starbucks latte I’ve drunk over the years, but how could I skip a landmark?). 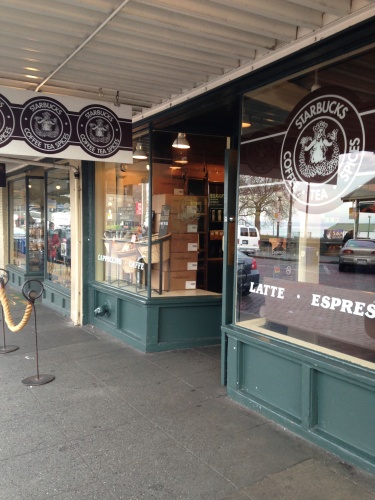 Two other meals of note, not at Pike Place Market: papaya salad that I dream about eating again at Stateside Vietnamese, and a ridiculously good cheeseburger at Quinn’s Pub (thanks to Graham Webster at Yale for recommending that one). And, of course, Seattle is known for its craft beers, which I sampled at Fremont Brewing (great beer, wonderful setting) and Cloudburst Brewing (less atmospheric, but the beer was good). 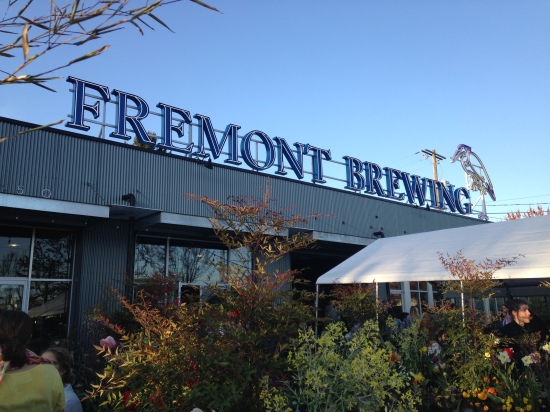 The biggest thing I got out of AAS this year, though, was a jolt of academic energy. I desperately needed it. I’ve been struggling with a book project that for a variety of reasons hasn’t come together as easily as I’d hoped, and although I decided nearly a year ago how I want to handle publication of some of the material in my dissertation, I haven’t taken a single step toward making that happen. But listening to panel presentations and talking with colleagues about their projects really reinvigorated me; it reminded me that I truly do enjoy research and writing, and spurred me on to get back to it. I don’t know how long I can ride this wave of AAS encouragement, but I certainly hope it’s long enough to wrap up the book manuscript.

Speaking of books … I actually didn’t walk away from the book exhibit toting as many volumes as I have in previous years. A large part of the reason for my restraint is that I’m trying not to buy as many books these days (they really do pile up as the dollars dwindle), plus I can generally get review copies from publishers for the non-academic titles. But the Penguin Random House booth, with its $3 paperbacks, is always hard to resist:

I also came away from this year’s conference with a new musical interest, courtesy of Abby Washburn and Wu Fei, who performed on Friday night. Abby is a banjo player, while Fei a classically trained guzheng (Chinese zither) player; together, they perform an East-meets-West blend of bluegrass and traditional Chinese tunes. Here’s one of their songs, “Banjo Guzheng Pickin’ Girl”:

I’ve previously listened to recordings of music that Abby and Fei played together, but it wasn’t until hearing them live that I really “got” what they do. Their performance was incredible—and one of the factors that elevated this year’s AAS above others I’ve attended. 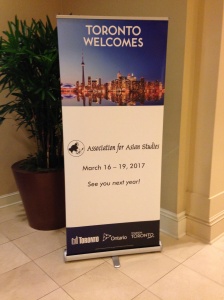 Next year in Toronto!

Masking in style with @grittynhl.